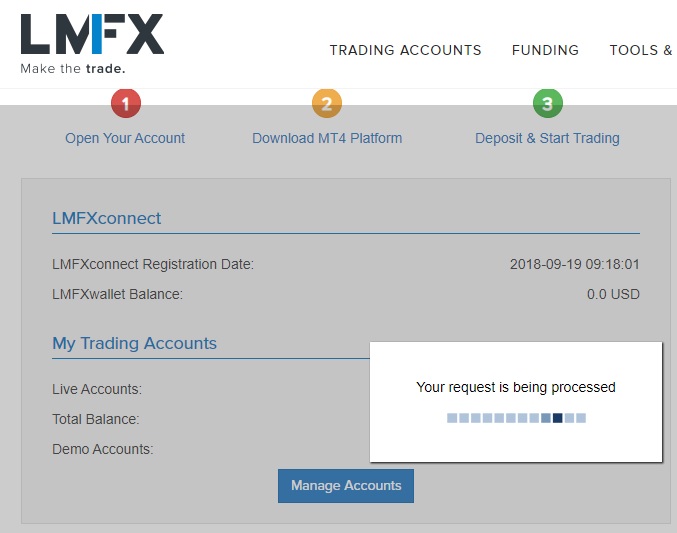 On Oct. 31st, 2013 iOption publicly announced that they were now officially licensed and regulated by the Cyprus Securities Exchange Commission (CySEC). Less than two weeks later, they were bankrupt. What the heck happened here? And what does this sudden bankruptcy of a large and seemingly stable binary options broker — one who had just received regulatory approval — mean for the industry as a whole?

The iOption Bankruptcy – What Happened?

Just prior to the opening of the first global markets on Sunday, Nov. the 10th iOption began to send out notifications to their marketing people and affiliates that they should stop sending potential new clients because no new accounts would be opened. This was not the first hint of a problem but it was the final confirmation industry insiders had been waiting for. On Nov. 11th, iOption blocked all access to its platform. iOption was officially bankrupt. But what lead up to this dramatic and sudden closing?

Industry insiders had been aware of problems at iOption for a few months, but they did not appear to be insurmountable problems from the outside. Obviously they were. This was a result of several unfortunate factors coming together around the same time, putting too much stress on company finances. A big problem in a business that requires large liquidity reserves.

The first major problem affecting company finances and liquidity was the client drain that had been occurring in the month or so leading up to this event. iOption had many more traders leaving and withdrawing their funds than they had new clients coming in for over a month prior to this bankruptcy. This was a direct result of trading platform outages that had been regularly occurring for nearly two months! Clearly unacceptable from a client’s perspective. Nobody wants to trade with a broker who cannot be relied upon to remain up and running at all times. Especially in such a fast-paced market niche as binary options trading. This was iOption’s most culpable problem in this whole saga and also one of the biggest drains on their liquidity reserves.

Apparently, iOption had been forced to make some changes to their SpotOption powered trading platform in order to get into compliance with CySEC regulatory requirements in their bid for licensing. Unfortunately, the process of making these changes caused some serious problems and is what resulted in the unreliability of the trading platform and clients being locked out from their accounts. So while it wasn’t all iOption’s fault it certainly was their responsibility to ensure a smoother transition than that.

The next major problem occurring at the same time was the financial problems and impending bankruptcies of two of iOption’s e-wallet partners, Liberty-Reserve and Netpay. The problems at these companies resulted in the locking up of many thousands of dollars of iOption’s liquid capital. Strike two.

The killing blow, however, was neither of those. No the killing blow was struck by one of iOption’s own major investors! This investor was put in a very difficult position by iOption though and can’t be blamed for pulling out when they did. After investing hundreds of thousands of dollars in the company they then found out that iOption had not been entirely forthcoming regarding its financial position (which for the reasons outlined above was poor). Since this kind of deception is not legal the investor was able to freeze all access to the capital which they had put into the company. Ouch. On top of the other serious problems iOption was having this was a case of the fat lady singing. Apparently they did reach out to potential buyers as a last-ditch effort but for obvious reasons they were unable to find an interested party.

What Does The iOption Bankruptcy Mean For The Industry?

Aside from the unfortunate position that the former clients of iOption have been put in, there are also wider implications for the binary options trading industry as a whole. So what might this bankruptcy mean for the rest of the industry?

Since their introduction at the retail trading level in 2008, binary options have rapidly grown in popularity. One predictable result of this rapid rise has been the huge influx of new binary options brokers competing for a slice of the pie. When we started trading and writing about binary options in early 2009 there were less than a dozen brokers specializing in binary options trading. There are now over 250 at last count. That is a lot of brokers for what is still a relatively small, niche financial markets product. This level of competition has been great for us traders for the most part, leading to improved service standards and constant innovation. But such a hyper-competitive atmosphere also leads to consolidation. A financially unhealthy broker cannot survive for long in such an atmosphere. Good for the industry as a whole. Bad if you happen to be a client of one of the losing brokers.

The biggest implication here is in regards to the regulatory situation and how a broker just weeks from bankruptcy could be given the “all clear” and officially licensed. Not exactly confidence inspiring. It is important to keep in mind though that this did all happen very fast, and appears to have taken place after the CySEC was provided with and reviewed iOption’s finances. So the short window between regulation and bankruptcy actually helps explain why the situation wasn’t caught by the CySEC. A broker that has been under regulation for some time is not on par with one who has only briefly been under regulation.

We have, however, for years warned against using regulation as an indicator of the reliability, trustworthiness, or overall quality of a binary options broker (or anything else for that matter). The history of financial regulators is not exactly one filled with success stories, after all. Some seem to believe that US or UK regulation is better but the evidence wouldn’t seem to support such a view. Nevertheless, some oversight by someone is probably more reassuring to most people than no oversight by anyone. We always recommend, however, that traders put more faith in a broker’s reputation than their regulation (or lack thereof). In this industry an established reputation for reliability and good business practices is the most reliable indicator of a broker’s quality and trustworthiness one can find. This incident only reinforces that view.

To conclude this article we want to point out that this incident does not reflect on the wider binary options market or the overall safety of deposited funds. It has been an isolated incident that resulted from multiple events occurring around the same time which negatively affected iOption’s liquidity and ability to meet daily capital requirements. As long as you keep up on things and read industry blogs like this one for important news you won’t be caught by surprise. And if you stick to brokers with long-established, solid reputations then you most likely will never find yourself in such a position anyway.

Hi, my name is Nicole Brown and welcome to UsBinaryOptionsInfo. I am certified CFA financial specialist and I will help you with making your first profitable steps in the binary options world.

Top US Binary Options Brokers For 2022